Five Lessons from an Expat on Retiring Five Lessons from an Expat on Retiring

Thinking about becoming an expat in retirement? Anne Nicolai, a fellow writer and long-time friend, did exactly that. Nicolai gave up her full-time corporate job and her Minnesota home in favor of becoming a part-time freelancer and karaoke host in San Miguel de Allende, Mexico.

I asked Anne, an expat since 2008 and host of MoveToMexico.org, to share what she’s learned on why many adventurous Americans are becoming expats in retirement. Here’s what she had to say:

Lesson #1: You are capable of more than you give yourself credit for.

When I first moved to Mexico, I stumbled over the few Spanish phrases I knew, struggled to convert pesos to dollars in my head and wistfully watched the spinning salsa dancers, wishing I had rhythm. Fourteen years later, I’m a 60-year-old bilingual karaoke host who can hold my own on the dance floor. I no longer do math in my head because I now earn, spend and think in pesos, not dollars.

I have managed complex bureaucratic processes such as applying for my temporary residency visa, renewing it three times (including one renewal which required nine separate visits to the immigration bureau) and finally acquiring my permanent residency “green card.” I have made the four-day trip by car from San Miguel to Minneapolis more than 20 times, mostly on my own, and have survived getting lost and being shaken down for bribes, all of which stretched my comfort zone. And I’m pretty proud of all of it.

Lesson #2: There is safety in numbers with expats.

Moving to another country requires taking safety and security precautions beyond what you may be used to. Here in Mexico, everyone has decorative ironwork over their windows and doors to prevent break-ins, and many garden walls are topped with broken glass embedded in the mortar, or even razor wire to discourage thieves. You cannot leave a cell phone or laptop in the car, even for a moment, or it will almost certainly be stolen. And you wouldn’t want to walk home from a concert alone after dark except on well-lit streets.

But if you move to a place with a sizeable expat community, whether in Mexico, China, Nigeria, India or Ecuador, there will be some kind of security infrastructure in place. For example, here in San Miguel, English-speaking officers answer 911 calls, and there’s a 24-hour emergency hotline to the American consular agency. And because the locals are accustomed to socializing and working with expats, many of them speak English, too. Here you can live in a mixed neighborhood, in a gated community occupied primarily by expats or in an entirely Spanish-speaking neighborhood, as I do. For me, safety involves knowing my neighbors well enough to feel comfortable knocking on their doors if I’m in trouble, knowing they’ll take me in.

Lesson #3: Technology will keep you connected with expats and home.

No matter how far you roam in retirement, you’ll have the technology to stay in touch with loved ones back home. The majority of the world’s population has access to high-speed internet and affordable cell-phone service. Apps such as WhatsApp, Duo, Viber, Facetime and more offer free worldwide voice and video calling, so you can still celebrate birthdays and holidays with the grandchildren. You can visit with your doctor or therapist via virtual healthcare options. Paying bills back home online is easy. You can even have your Social Security checks deposited directly to many foreign banks in either dollars or the local currency.

Technology can help you to connect with friends and resources in your new community, too. Here in San Miguel, expat forums on Facebook and other platforms serve up all sorts of information, from garage sale listings to crime alerts, social events, and the best places to buy hard-to-find items. And if you know how to use Google Maps or Waze and live in an area such as San Miguel that has access to good internet, you can get walking directions to shops, restaurants, bus stops and more.

Lesson #4: Immersion in another culture will change you for the better.

While I love my home state of Minnesota and the USA in general, I moved to Mexico because I craved more sunshine, more color, more ethnic diversity and the intellectual challenge of learning a new language. As a working American who fully participated in consumerism (I enjoyed a four-bedroom home with a pool, two cars, nice clothes and $20 martinis), I was “Type A” in every way.

After living in Mexico for 14 years and counting, I’ve discovered the benefits of patience, humility and simplicity. I rarely feel the need to buy anything other than food and karaoke music. Most of the clothes I wear came with me when I moved here and still fit me, in large part because living in Mexico means I walk more, dance more and eat healthier. This is true for expats almost everywhere, according to my friends around the world.

Lesson #5: You can always go home if you no longer wish to expat.

I know several expat retirees, now in their 80s and 90s, who have lived in Mexico for 30 years or more. I know just as many Americans, Canadians and Europeans who’ve sold everything and retired here, then decided to move back to their home countries for health reasons or to be closer to family. Some have gone to Thailand or New Zealand or Portugal from here. There is no right way or wrong way to retire; there is no perfect timing; there is no right or wrong place. It’s about trial and error, not success or failure.

To me, Mexico is home now; but that doesn’t mean I will never want to live in the United States again. It does mean I will probably die here. That’s my plan, anyway. Some people come to San Miguel to reinvent themselves, to heal from the trauma of illness or divorce, to finally become an artist, a musician, a winemaker. I came here because Minnesota winters are cold and because I was ready for a new adventure. My friends and family have visited me here, and I’ve never felt lonely. Nevertheless, if I decide tomorrow to go back to where I came from, or to try living in some other part of the world, that’s what I’ll do. You can, too.

Note: An expat (short for expatriate) is a person living outside their native country. The term does not imply a change in citizenship or a negative attitude toward the expat’s home country (an expatriate can still be a patriot!), but it does imply intellectual curiosity and an adventurous spirit. 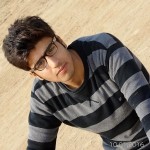 What Does The PACT Act Mean For Veterans?

What Does The PACT Act Mean For Veterans? Any veteran that served on a deployment is almost always familiar with that... read more VA Claim Coach: 3 Reasons Why You Should Use One

VA Claim Coach: 3 Reasons Why You Should Use One When you have a VA claim, you may feel overwhelmed by... read more VA Form 21-4138 Increase VA Claims: 6 Must-Know Points When you have information that would be helpful to the Veterans Benefits... read more How To Get Assistance With Your VA Claim: Help Is Out There!

How To Get Assistance With Your VA Claim: Help Is Out There! The Department of Veterans Affairs, or VA, is a... read more 5 Ways to Identify a Bad C&P Examination So you’ve just finished your C&P exam and you begin to think about... read more

How To View Your VA Disability Rating Online

How To View Your VA Disability Rating Online The Department of Veterans Affairs (VA) is an expansive agency with many different... read more

Table of Contents
1 Five Lessons from an Expat on Retiring
1.1 About Author
1.1.1 zainsaeed

Blue Cord Patriots, LLC’s website or services is not a requirement of the Veteran’s benefit process, does not provide any guarantee of results, and does not contain medical or legal advice. Any website contents are for informational and marketing purposes only and should be construed as such.

Blue Cord Patriots, LLC MAKES NO GUARANTEE OF RESULTS BY USING THIS WEBSITE OR OUR SERVICES. INDIVIDUAL RESULTS MAY VARY.

The fight with the VA is real. Through experience, the Blue Cord Patriots are ready to help you achieve the benefits that earned.