3 Steps | Use Secondaries Based Off Your VA Neck Rating

Back to VA Disability Claims and Education Blog 3 Steps | Use Secondaries Based Off Your VA Neck Rating

For those of you whom are curious about VA Claim Strategy and how it works…this article is for you.

I was hit by a truck while in service.  I don’t remember this event, but it certainly gave a new meaning to the word “crunchies” (that comment was for the tankers).

Yes, I became a ‘crunchie’ to the literal term.  I crunched to the point that I don’t remember the events leading to or 3 months after the event.  I have been spending my life trying to understand what happened that day since the VA always wants to know about it whether I am seeking treatment, or during the Veterans Benefits Administration Compensation & Pension (C&P) examinations.

I hate living there, but it is part of who I am.  It was one of a few events that changed the rest of my life.  Some changes are positive, some are extremely negative…but I digress.

Why does this matter?  It is important to understand your event and what happened.  Here is what I can tell you….so bear with the story….it WILL clear things up for your claim.

In service, I broke my neck…specifically the transverse process at the C7 & T1 thoracic vertebrae.  This inherently saved my life, as if anything else had broken it would have been a straight trip to the ‘forever box’.  It was a “fortunate injury”.

So, I am no doctor, medic or any type of medical professional, but I can tell you that this can straight up cause nerve issues. But, at the time, I think they were just trying to keep me alive.

Without getting too involved into the process, I can tell you that later in my service (and close to exit of service) I would notice that my scapula would “wing”. Keep that in mind…as at the time, it wasn’t too bothersome.  More of an annoyance.  No pain, no anything, just looked funny when I attempted to move anything above my head. After exiting service, I was smart enough to put in a VA claim and received a big ‘goose egg’ – 0% service connection for my neck.  That was that.  I had no idea what the VA even was at the time.  I was informed I could get medical treatment for free for my neck.  Well, I was young.  Figured…nah…I will never need that!

Fast forward about a decade, my shoulder truly started giving me some real issues.  I felt like I had Rice-Krispies in my right arm.  I had close to no strength for the exception of being able to move it above my neck.  Pain was evident, but weakness was my real complaint.  I sought medical treatment, and the surgeons wanted to do a surgery on my arm…a pectoralis major transfer.

Sounded complicated, and at the time…my insurance was awful.  It was considered an “elective-surgery” and was not completely covered.  So, as a young father and husband, I was informed that the surgery would cost me a whopping $35,000.  Yeah, that didn’t happen.  The surgeons tried to argue that it wasn’t elective and was needed to avoid permanent injury in the future.  Insurance wouldn’t pay, so I was outta luck.  I didn’t know what the surgery really was meant to do other than pseudo fix my shoulder winging, and possibly restore my muscles.

To put this all into context on how this relates to my neck…again, bear with the the story.

About a decade after ‘turning down the surgery’, I realized the surgeons were correct.  My weakness had turned into almost complete failure, my shoulder itself had slouched 2-3” and I looked a bit like a straight up version of the Hunchback of Notre Dame.

OK, so now…the crux of the story.

I knew I needed the surgery.  Insurance had changed over the years, but I knew I had to get this service connected.  I had to do my research to find out how to connect all of this. So, from a strategic perspective, I started with a 0% on my neck.  Nothing further (in relation to the upper extremities).  I had sought enough treatment by that time to understand that Doctors typically know the source of the symptom, but commonly won’t tell people the source unless specifically asked, and even then….it is an ‘opinion’…not always factual as people think.  (Thank you, lawyers, for injecting cool words to take away certainty).

All that said, I wondered…could my neck be causing all of these issues?  If so…how?  This started the journey into secondary VA conditions and claims.

The Secret to winning the VA Claim

Build your story.  Period.  Read your results from treatment.  Take notes, understand the etiology.  If any of this is too much to understand, make sure to ask your doctor.  I swear, some of my best conversations have been with doctors as I provide a question like “may I ask if scapular winging can cause my humerus to dislocate?”  Doctors are not just doctors…most also enjoy educating as well, as that is part of their job.  They just don’t always have the time to offer this to patients.  But if you show an interest, I have found 9 times out of 10, the providers will have a major discussion with you!

The best way to find out what is going on is to seek as much treatment as you possibly can. You must advocate for yourself during this process. If you have pain in your neck, and they do an X-Ray, and that X-Ray doesn’t show anything, push/request an MRI. Understand the process of treatment. We do have a huge advantage with the VA system. They don’t have to seek approvals for additional steps through insurance companies. Typically, an MRI would have to have a lot done prior to that, and in a way it has to be ‘justified’ for the insurance company to pay. The VA is very good about giving MRIs where they feel they are justified. I have found that you have to ask for that ‘next-step’ on occasion.

After you have established the problem with your neck, understand what can happen to extremities based on your specific condition. This is important for secondary conditions. If your fingers go numb, and you have neck issues….guess what…that can be caused by the neck. If you have a neck condition that is diagnosed, and then you get a conductive nerve study, it is very plausible that you will eventually receive a radiculopathy diagnosis based on those issues.

So, in order to following the secret to winning my VA neck claim, I knew that I had sought treatment, and started the self exploration. The self exploration component is really about understanding your body, and what happened to it over the years. You must understand your own timeline…when things happened, how they occurred and where in your body it all sourced from. So with this basic premise, I put together the following timeline:

It all seems incredibly complicated, but the reality is that if you experience neck issues, you can most likely track that to additional disabilities such as nerves and secondary conditions.

So, with some “googling” several conditions I found out and understood:

What this research has just established (outside a lot of latin words that I can’t pronounce) is that my cervical spine (neck) caused a nerve issue, which made me lose the ability to control a muscle to keep my shoulder blade in my back. Inevitably, this let to shoulder dislocation, causing lesions and issues in my actual shoulder. So, now it is important to understand how the VA will rate these. Using ecfr.gov, I can go into Title 38 Part 4, and find the schedule of ratings.

So, translating this into a VA claim, I see several things: 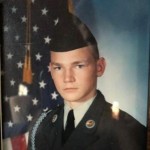 Sean Gavitt fought his battle with the VA for over 25 years. After being rejected assistance from VSOs and lawyers, Sean about got fed up. One day, he finally decided to learn about all the verbiage that the VA put in their decision letters. Sean took on the battle himself. He now has over 100% schedular physical disabilities, 100% on mental health, and is awarded SMC-S (Homebound Status). It is Sean’s mission to assist every veteran he can, as he understands this process is frustrating and grueling. Sean will teach you to ‘work with the VA’, and become successful with substantiated claims.

Back to VA Disability Claims and Education Blog 5 Ways to Identify a Bad C&P Examination So you’ve just finished your C&P exam and you begin to think about... read more 5 Reasons Why You Should Apply for Veterans Benefits

5 Reasons Why You Should Apply for Veterans Benefits When you leave the armed forces, you have so many things to... read more A Guide to Submitting Evidence When Applying for VA Compensation

A Guide to Submitting Evidence When Applying for VA Compensation When applying for VA disability benefits, you may need to submit... read more

Sciatica VA Rating: How To File A Claim & Get VA Disability

Sciatica VA Rating: How To File A Claim & Get VA Disability At Blue Cord Patriots, we are passionate about serving... read more File a VA Claim: 4 Amazing Items To Kickstart Your Claim

File a VA Claim: 4 Amazing Items To Kickstart Your Claim Item #1: Immediately Submit An Intent to File Before we get... read more

How To View Your VA Disability Rating Online

How To View Your VA Disability Rating Online The Department of Veterans Affairs (VA) is an expansive agency with many different... read more VA Disability: Top Tips for a Successful and Stress-Free VA Benefits Claim: How To Get The Help You Need When you’re... read more How Do I Start the VA Process?

How Do I Start the VA Process? If you’ve ever served in the military, then you have probably heard the words... read more How To Get Assistance With Your VA Claim: Help Is Out There!

How To Get Assistance With Your VA Claim: Help Is Out There! The Department of Veterans Affairs, or VA, is a... read more

Table of Contents
1 3 Steps | Use Secondaries Based Off Your VA Neck Rating
1.1 Understanding your conditions will help you establish secondary conditions with your VA claim!
1.2 The Secret to winning the VA Claim
1.3 Seek Treatment
1.4 Self-Exploration
1.5 Research
1.6 File appropriately
1.6.1 About Author